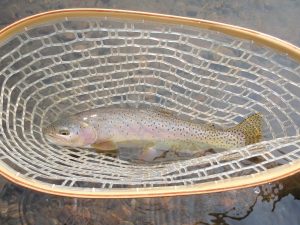 So every time I have ever come to Yellowstone I have always made it a point to fish Slough Creek. Whether it was first, Second, or third meadow it had to be on the agenda.

Well today Jeff and I decided to try a little different section of Slough. We hiked in to right before Slough runs into the Lamar. Cutties and Cutbows were on the agenda today. 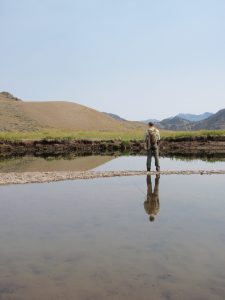 After a  minimal walk in we got geared up and right off the bat we saw a good number of fish feeding off of the surface. The fish were so subtle in their takes minus the slight rings that they gave off and the audible popping noise of them feeding. The fish would occasionally show them selves while cruising the almost still pools. 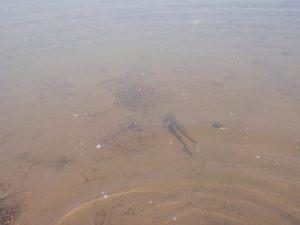 Without obvious places to fish, we were sight casting to fish that were feeding. Crickets and Beetles were the best option this morning, with the flies of choice changing to hoppers and medium to small mayflies after lunch. Every fish was absolutely beautiful. Even this snakey looking guy. 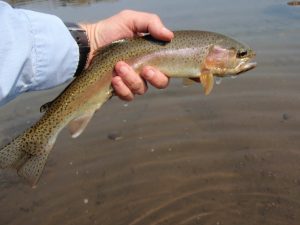 The fish would rise in spurts, mainly when the sun would duck behind the clouds. We did get to experienc a nice little hatch of small PMD’s or Light Cahills, and a good number of Gray Drakes came off as well. These fish just couldn’t say no. 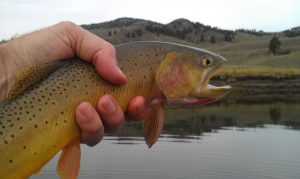 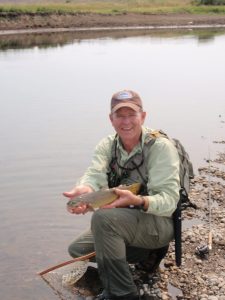 The fish were not all the wild life that we got to witness today. We saw Elk, Antelope, Hawks, Osprey, and saw Bear tracks and a HUGE wolf track 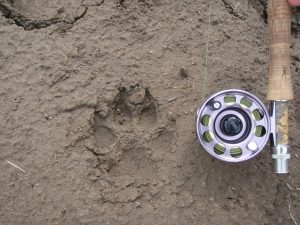 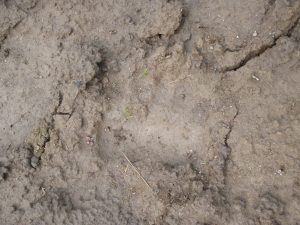 Both were absolutely amazing especially the wolf since it was  re-introduced (1994) into it’s once natural territory. All these animals were great to see but the one, or should I say many, that got our attention were the bison. The can weigh as much as a small car and can run up to 30 mph. They go where they want and do what they want, and it is best to avoid getting their way if possible. Jeff and I did the two step with a herd in the afternoon. No matter which way we went there were more bison. 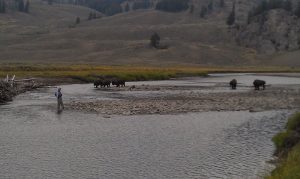 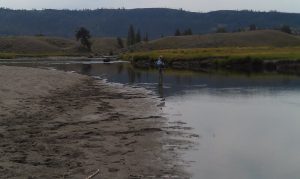 After a hour or so they decided to go on their way and let us focus on sticking some more fish. Mark another great day in the books! Tomorrow we will be wade fishing a section of the Yellowstone in the Park. Until then here is to a drag free drift. 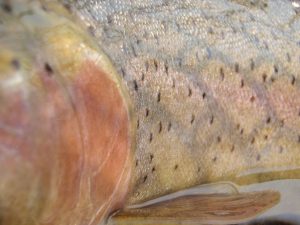 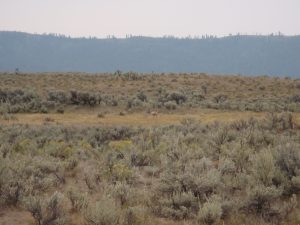